Today I would like to introduce you to: Michelle Griep!

Michelle writes some wonderful historical fiction books! Her villains are some of my favorites!

Christy award-winning Michelle Griep has been writing since she first discovered blank wall space and Crayolas. She is the author of historical romances: The House at the End of the Moor, Once Upon a Dickens Christmas, The Noble Guardian, The Captured Bride, The Innkeeper’s Daughter, The Captive Heart, Brentwood’s Ward, A Heart Deceived, and Gallimore, but also leaped the historical fence into the realm of contemporary with the zany romantic mystery Out of the Frying Pan.

A: Since I first discovered Crayolas and blank wall space. Seriously. But I didn’t pursue it as a profession until 20 years ago.

A: Lost in Darkness. Here’s a blurb:

Bristol, England 1815
Even if there be monsters, there is none so fierce as that which resides in man’s own heart. Just when Amelia Balfour’s dream of touring Egypt as a travel writer is finally within reach, she is called home by the unexpected death of her father. But returning home is never simple, especially now that she is the only family her brother has left. Hideously deformed, Colin Balfour depends upon her to arrange for his last hope of attaining a normal existence—a controversial new surgery that promises the reversal of his ravaging disease. The procedure requires a move from the countryside, complete secrecy, and isolation from society. Out of love for her brother, Amelia agrees, vowing to keep him safely out of sight.

A promise that is broken her very first evening in Bristol.

Navy surgeon Graham Lambert is sick—of travelling, of loneliness, and especially weary of the anger that festers in his soul. Good people die in front of his eyes every day while the wicked seem to flourish. So he runs from it all, planning to settle in his own practice and leave behind his vagabond ways. But restlessness is a hard habit to break, and he takes to midnight strolls to unwind, which usually tends to soothe his agitated spirit—until the night he comes across a grotesque monster and the most haunting woman he’s ever met.

Amelia has no choice but to trust Graham, which turns out to be for the best since he works for the same doctor who’s offering the miraculous cure. But just as the operation for her brother begins, Graham realizes the man who guarantees all their dreams is a fraud. As a result of the botched surgery, Colin runs off, terrorizing their closest neighbor, aspiring author Mary Godwin (which plants the beginning seeds for Shelley’s greatest creation, Frankenstein) and engages in a life and death struggle with the doctor who’d promised him life.

In the mad dash to save both, Amelia and Graham learn that sometimes what appears to be the end of a story is only the beginning.

A: Homemade mango kombucha, my Spotify playlist that I make for each book, and some
cedarwood incense. Sheesh. I might be a hippie at heart.

A: I love to write stories set somewhere 1750-1900, namely the Georgian period, Regency and Victorian eras. I love the French & Indian War years as well. And the Viking age is a particular favorite of mine.
As you can see by the list of some of my books, I’m all over when it comes to what I like to read about. From past to future, as long as it’s a compelling story, I don’t care what era it is.

A: Gah! That’s like asking me which one of my kids is my favorite, but at least you said some, not one. Hmm. Alrighty then, off we go…
Jane Eyre by Charlotte Bronte
A Moonbow Night by Laura Frantz
Streikers Bride by Robin Hardy
The Last Sin Eater by Francine Rivers
Shoofly Pie by Tim Downs
The Hourglass Door by Lisa Mangum
The Solitary Tales by Travis Thrasher
The River of Time series by Lisa Bergren
Hawkwood by James McGee
The Redemption by MaryLu Tyndall
Beauty and the Clockwork Beast by Nancy Campbell Allen
Divergent by Veronica Roth
Sorry…but you did ask for it 😉

A: Truth. Hope. The knowledge that you’re not alone in whatever struggle you’re going through right now. That God is real. All that with a with a warm-fuzzy feeling from the romance and perhaps a goosebump or two from the action.

I’m also featuring her newest release The House at the End of the Moor. It came out earlier this year. You don’t want to miss it! Be sure to add it to your Goodreads shelf! 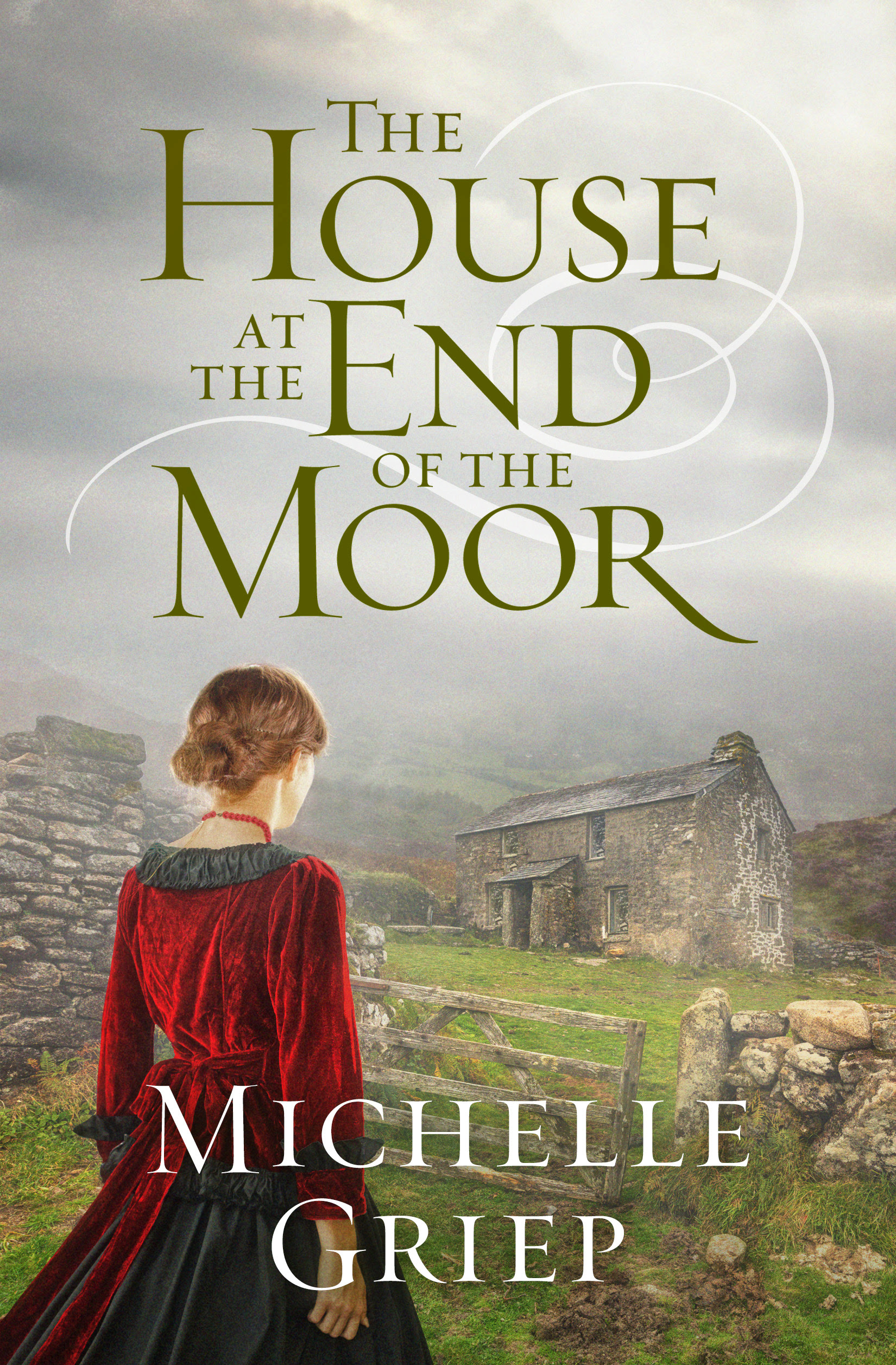 What Can a London Opera Star and an Escaped Dartmoor Prisoner Have in Common?

Opera star Maggie Lee escapes her opulent lifestyle when threatened by a powerful politician who aims to ruin her life. She runs off to the wilds of the moors to live in anonymity. All that changes the day she discovers a half-dead man near her house. Escaped convict Oliver Ward is on the run to prove his innocence, until he gets hurt and is taken in by Maggie. He discovers some jewels in her possession—the very same jewels that got him convicted. Together they hatch a plan to return the jewels, clearing Oliver’s name and hopefully maintaining Maggie’s anonymity.

Thank you Michelle for your time! Please leave some love in the comments!